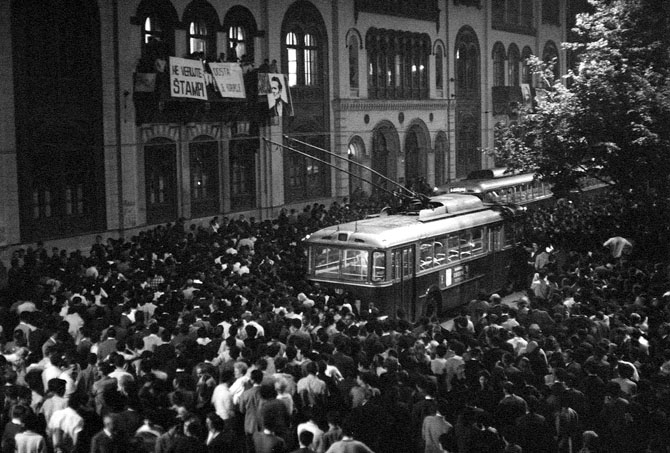 END_OF_DOCUMENT_TOKEN_TO_BE_REPLACED

“Heretics are always more dangerous than enemies,” concluded a Yugoslav philosopher after analyzing the repression of Marxist intellectuals by the Marxist regime of Poland. (S. Stojanovic, in Student, Belgrade, April 9, 1968, p. 7.)

In Yugoslavia, where “workers’ self-management” has become the official ideology, a new struggle for popular control has exposed the gap between the official ideology and the social relations which it claims to describe. The heretics who exposed this gap have been temporarily isolated; their struggle has been momentarily suppressed. The ideology of “self-management” continues to serve as a mask for a commercial-technocratic bureaucracy which has successfully concentrated the wealth and power created by the Yugoslav working population. However, even a single and partial removal of the mask spoils its efficacy: the ruling “elite” of Yugoslavia has been exposed; its “Marxist” proclamations have been unveiled as myths which, once unveiled, no longer serve to justify its rule.

In June 1968, the gap between theory and practice, between official proclamations and social relations, was exposed through practice, through social activity: students began to organize themselves in demonstrations and general assemblies, and the regime which proclaims self-management reacted to this rare example of popular self-organization by putting an end to it through police and press repression.