I lived underground for a long period of time before I got a connection to go, I had to hide, it was not easy, someone would get caught every now and then… In the last high school I was in, Ustashas were organising some celebration, it was some anniversary or liberation, they all call their thing liberation. All high school students had to stand in line, it was winter already, it was getting dark early, I took out all electricity fuses, so all was in complete darkness, they had to cancel all their events. They would shoot me if I got caught. So, that’s the kind of thing I was doing, a bit cocky, not very careful, but when you are young, it’s easy to get angry. And then small kids say no. And then my friend was shot on the stairway, so for me that was a sign not to do anything, but to hide and try to get a connection to go to the Partisans. You had to be against things, you had to know each other, and stuff like that. So I was hiding, and one day we were told we are going, tomorrow or the day after tomorrow, signal will be that and that, and then we went. 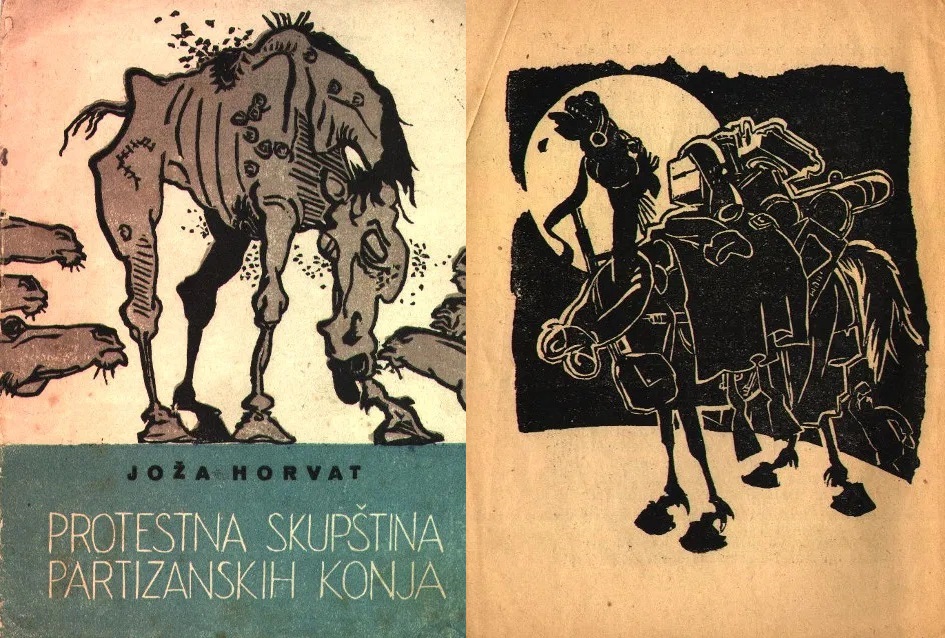 All familiar streets in the middle of the night and then you are out of Zagreb, then hiding at this or that person’s place, then through Turopolje, through the vineyard to the right, all the way to Banija, where we were hiding the whole day in the bushes. Every few minutes some patrols passed by, cars, armed Germans, this or that army, and we didn’t have the connection to continue further. After that we didn’t know where to go, maybe that connection was arrested, those people killed, so until the next day we did not know what’s going on, we thought we are left on our own, but then suddenly, whistle… An owl does not sound like that. And that was one guy… And then he said, three in a group, there was eleven of us there. That was the greatest miracle for a young person, daylight was brighter and brighter, we were walking through the forest, but in small groups, so we don’t get caught… And suddenly there they are… Even now tears come to my eyes. Around fity, sixty armed Partisans, standing in the forest very quietly… they heard someone coming, they are waiting…

That’s how I got into another world. Suddenly I was in another world and there was no return. But those people, some of them were with me all the way, or I was with them, we slept together in snow, but later they became patrons and bosses, and they throw me out on the street. Those so-called partisans, that bunch, just when it was bad for them, they were good, when they needed someone to keep them warm, I also needed to keep myself warm when we slept in snow, I didn’t even know you can sleep in the snow, like dogs pressed against each other, holding each other. You are healthy in the morning, nothing is wrong with you, you are just hungry as a wolf. But those same people betrayed me. Or, as they say, I betrayed them. Now they are in power, they are ruling and now they will liberate the world. Liberate? From what? I can see what you are doing. That cannot be freedom.

I could not find understanding with anyone in the world anymore, so in one poem I wrote when I got back from the Partisans, I wrote, that we killed one Hitler and we returned with a few hunderd Hitlers. A few hundred Hitlers returned with me. That’s terrible, knowing that you risked everything and realising it was all for nothing.

One of the worst experiences was Bakarić, that low bastard, he killed people with his own hands… Partisan Gestapo, he organised the secret police, blood-thirsty, but soft, low bastard… That guy became President of Croatia. He killed… what was the name of that professor of Croatian language… Hebrang.

That black soul is all that is left to me. I can’t be joyful anymore. When I see someone, I see black behind it, there’s always, not death, but an abbys in which everything that we are against in this world is happening. Behind everyone there is that basement or attic, ok, attic is good, but basement… full of bad, rotten people who are abusing each other. Why there’s no sense that I’m a human being. If you are joyful, there is no real reason to be joyful. When I got children I always asked myself how to raise them so they don’t have the kind of life I had. To save them from what I lived through…

I don’t know if I can still change, that would have to be through painting. If it’s not in my paintings, why am I painting anyway? That’s what scares people off when they see my paintings, they can’t bear it in their own room or flat, house, that dissapointment which is inside my paintings.

There is no human, there is no friend, you have to come to your own conclusions, looking inside yourself and others, and no one can help you with that. That’s what makes you human. If you are not doing that, if you are not interested, you cannot do anything.

But that painting from before, when they are all grey shadows in the first daylight… how they stood there, living people who are standing against this huge powerful world that is a terrible threat to all of us, and anyone can be shot dead any day… that’s how they stood. That means that there are still some people… and then, all of them betrayed, betrayed if they didn’t die.

Most of us, even back then when we started entering cities, most of them said that sentence which I will never forget: “Why didn’t I fall, why didn’t I die…” That’s how strong the feeling of shame was… Because others also felt what we were doing, and what we thought, and why after all we are here. And all that was sold, right away, in one moment… When you have a chance, you sell your ideals. Make your era out of that, obey those who are now in power.

Those images of illusion, that’s what I can’t paint now. If I was a different person, maybe I could paint that great painting when I saw those grey shadows, those people in the first daylight, that was a world which suddenly opened up, new posibilities! You are not sentenced to death and we are just waiting for the right moment!

That is where one new world grows, one which still does not have a color, still doesn’t have anything, but it’s almost here… That one moment of illusion, but that passed later. But one who got a good political position from that illusion, or who became Director of the Academy of Fine Arts, that one could paint that painting. And everyone would say, my God, that is a great painter!

He could paint that, not me. 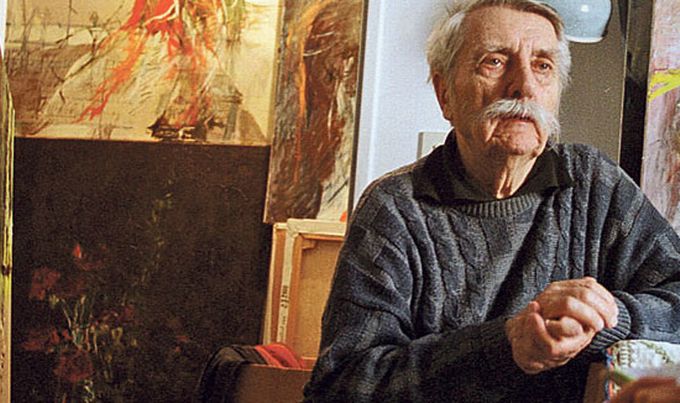